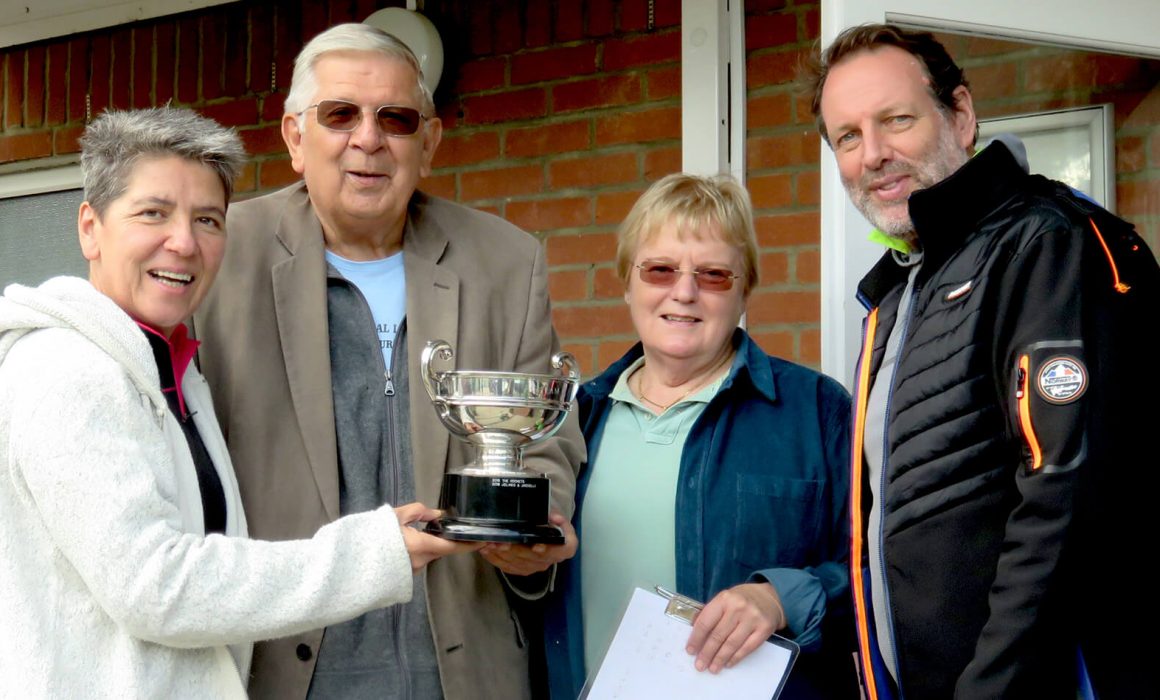 The third edition of the Ris Team Cup was played on Saturday 19 October when 16 members teamed up into 8 pairs to contest a round robin of Tiebreak 10s matchplay. After a 30 minute warm-up, play began promptly at Noon with no further knock-ups, just full-on first-to-10 points match tiebreaks.

“The secret to playing match tiebreaks is to focus from the outset, You must win the first point! All too often in matchplay, the first few points drift away and it gets difficult to recover. Focus! Focus! Focus!”

And focus they did, with each pair playing off against all other pairs for a total of 7 match tiebreaks that became increasingly more and more competitive as the day wore on.

At the last it was Alex & Mercedes who won all their breakers, making them the clear winners of the silverware.

Coming in second were Aiden & Sue, who pipped Dom & Alice at the post. Both pairs won 5 breakers apiece but it was Aiden & Sue who scored a higher aggregate of points won less points lost – 19 compared to 9.

The Ris Team Cup trophy was presented to the winners by former Chairman Peter Risdon, after whom the cup and competition are named.

It was also a special occasion in celebration of Domi’s 2nd birthday, which provided Lenka with the perfect excuse to spoil the participants and others with a feast, ably assisted by Mercedes and Blaise. Lenka hosted a fine spread of Spanish goodies – chorizo, pasta-bake, tortilla, tomatoes, pickles, cheeses and fresh bread – kindly offered free and thoroughly enjoyed by all participants and additional guests.

It is heard that partying went on into the night so a good time was clearly had by all!